Is there Chlorine in UK tap water? 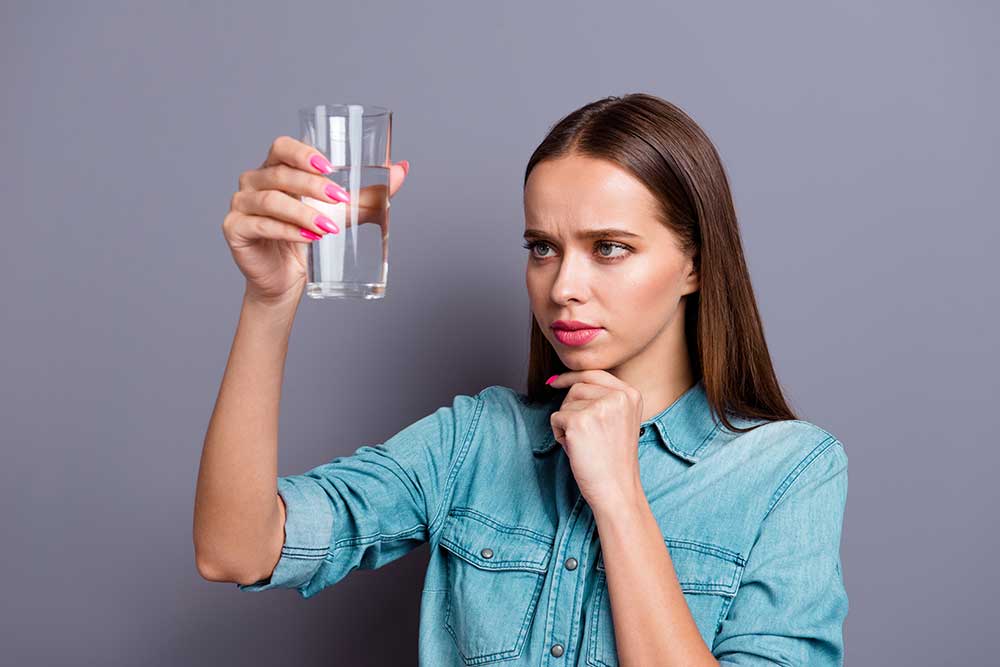 Have you noticed that your tap water tastes or smells of chlorine? The UK water companies use it to disinfect our drinking water. But what is chlorine and is it harmful to our health?

Water companies in the UK typically keep the amount of chlorine in our tap water down to around 0.5 milligrams per litre or less. However, during maintenance work they may increase the amount of chlorine they add to our water. Also, if you live near to your local water treatment works then you may have more chlorine in your water supply than in properties further away from it. Some people are more sensitive to the taste and smell of chlorine than others and would rather it wasn’t in our drinking water at all.


As a gas, chlorine is toxic and corrosive, and irritates our eyes and respiratory systems. As a liquid it has a choking smell that can suffocate. Chlorine has been used in the production of solvents, pesticides, dry-cleaning agents and refrigerants, as well as in the manufacturing of plastic, paint and adhesive. As calcium hypochlorite it’s commonly used as bleaching powder, and as sodium hypochlorite it’s used as household liquid bleach. Chlorine is used around the world to sterilise swimming pools and wastewater. It was first used to disinfect drinking water over 100 years ago as it kills germs, microorganisms and algae. 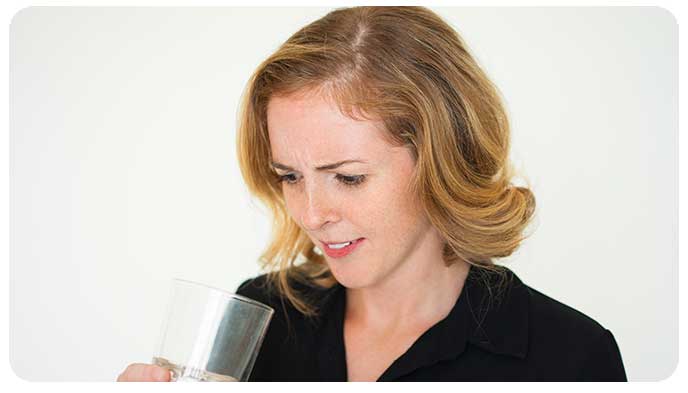 Water companies keep low levels of chlorine in the water that leaves their treatment plants to ensure it stays disinfected while travelling miles and miles through the network of pipes before it reaches our properties. These low levels of chlorine aren’t harmful to our health. A limit of five milligrams per litre of water is imposed by the World Health Organisation.

●Only drink freshly drawn water from the cold water tap directly off the water mains, usually the cold tap in your kitchen

●If you haven’t run any water for several hours, fill a washing up bowl before drinking any tap water. Don’t drink water which may have been standing for a long time in your pipes.

The DWI also says that there can be variations in the amount of chlorine present in different water supplies. So if you don’t like the taste or smell of chlorine, they recommend the following:

●Refrigerate your tap water in a sealed jug before drinking, but throw it away after 24 hours and clean the jug regularly 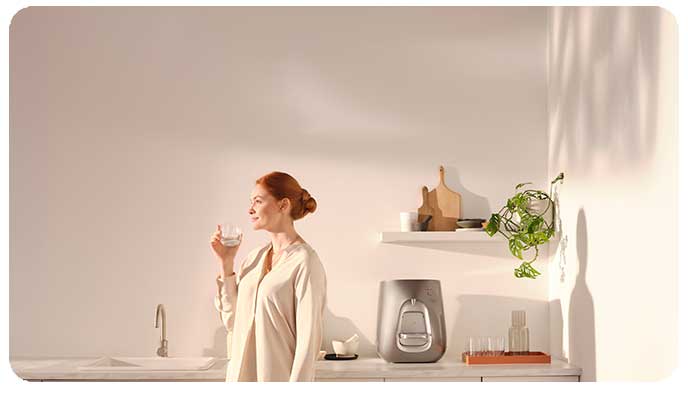 The Virgin Pure home water system has an activated carbon filter which removes the chlorine from your tap water. It then uses UV light to render any microorganisms inactive and prevents them from multiplying after the chlorine has been removed. Our water purification process kills 99.99999% potentially unhealthy waterborne bacteria. The Virgin Pure system dispenses chilled or hot water at the touch of a button, so you don’t ever need to wait for your fridge to cool your water down or for your kettle to heat your water up. So if you’re sensitive to the taste and smell of chlorine, purifying your water the Virgin way will ensure you always have healthy, fresh, great tasting water on tap.