Is sparkling water bad for you?

Drinking fizzy water instead of sugary pop is a refreshing way to put some bubbles back into a healthier diet, but is there any truth in the idea that drinking sparkling water might be bad for your stomach, bones or teeth?

Sparkling mineral water should simply be healthy water, containing naturally-occurring minerals such as calcium and magnesium, that’s been carbonated. This means that carbon dioxide has been added under pressure, resulting in the presence of carbonic acid. But it’s not as scary as it sounds. Carbonic acid is a weak acid that only alters water’s pH (the measure of a substance’s acidity) from a neutral 7 to between 5 and 6. Technically, if water is below 7 on the pH scale, it's acidic, whereas if it's higher than 7, it's alkaline. Some cola drinks score around 2.5 - that’s pretty sure to rot your teeth if you drink enough of it. Tests showed that sparkling mineral water’s erosive effects on our teeth were 100 times less than other fizzy drinks.* 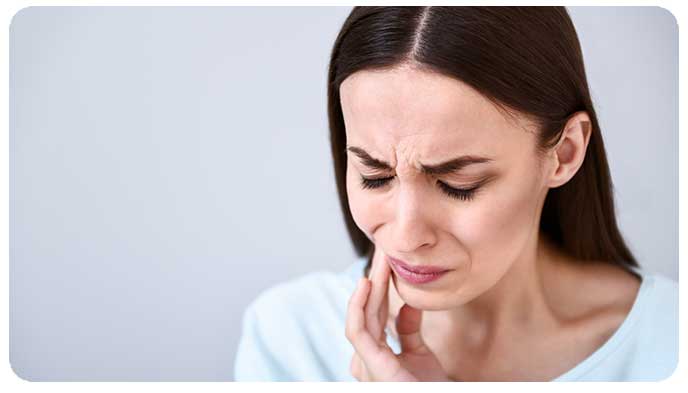 As long as your fizzy water doesn’t contain any added sugar, flavour, or anything else, the risk to your teeth should be minimal. Like anything, taken in moderation it should be fine, but too much can sometimes be bad. Drinking lots of anything with bubbles is likely to make you feel bloated and burp. If you tend towards any digestive troubles, IBS or heartburn - then drinking lots of carbonated drinks may prove uncomfortable. But on the whole, simple sparkling water shouldn’t be harmful to your stomach. One test even showed that it helped relieve constipation in some people.** Drinking fizzy water in moderation could also help you control your weight. As with drinking still water before or during a meal, it can make you feel more full - thus discouraging you from overeating.


Feel it in your bones?

What about bone health? Some people seem concerned about weakening conditions like osteoporosis, but there’s no evidence to prove this. One test showed that women who drank cola-flavoured pop had lower than average bone density in their hips, but this may have been down to the phosphoric acid in colas. Such results weren’t present in tests with other fizzy drinks, or even when conducted with men.***

Drunk in moderation, and to help maintain healthy hydration, sparkling water should not be bad for you - teeth, stomach, bones or otherwise. If you’re worried about the effect the very slight acidity of carbonated water might have on your teeth, then simply sip it through a straw!